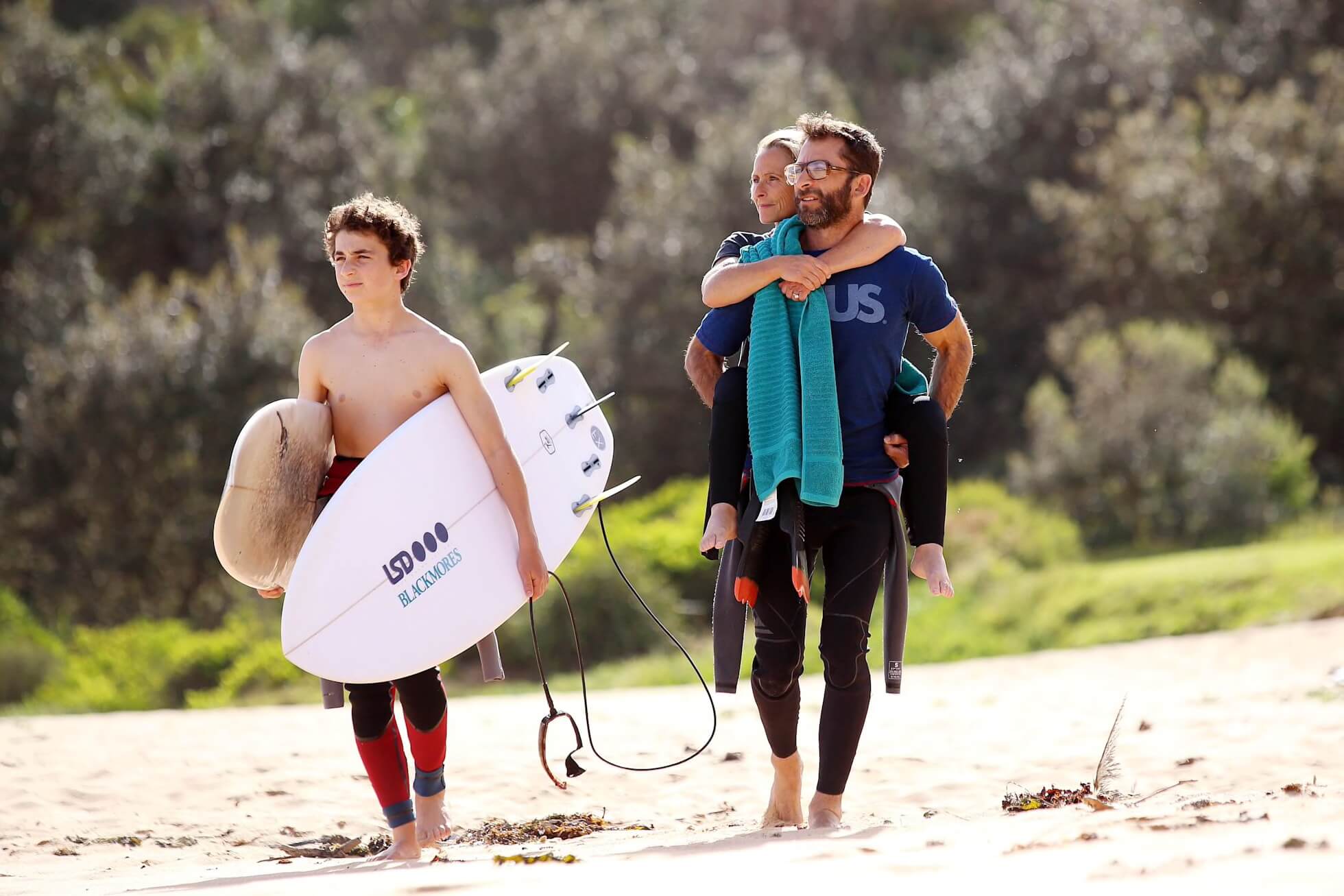 This article first appeared on RedBull.com. Please click HERE for the original.

A freak accident left surfer Sam Bloom paralysed from the chest down. But support from friends, strangers and a baby magpie helped her dominate the waves once more.

There is no textbook recovery from a body-changing, life-modifying injury, but the trajectory is clear: seemingly infinite physical rehab entangled with barely penetrable mental barriers. Then on to the fraught business of re-inventing and re-imagining your life.

Now, say you’re considering returning to a sport you once loved, like surfing. Where do you even start?
Surfer Sam Bloom rebooted her life after having it forever altered by a perceived disability caused by mis-adventure. “Some people are amazing and fully accept their injury, but I don’t,” says Sam. “I hate it too much to accept it.”

Surfing was “kind of everything” for Sam growing up on Sydney’s Northern Beaches and her home-break, North Bilgola, has forever been her “happy place”. Then, on a 2013 family holiday to Thailand, a six-metre fall through a rotten balcony onto concrete shattered Sam’s back and her existence as she knew it.

The effervescent nurse and mother-of-three was left paralysed from her chest down. Inevitably, after seven exasperating months in hospital, Sam sought out her happy place again, but it didn’t go well.
“My husband, Cam, took me for a swim and a friend on a board was saying ‘come on, Sam, get on’. Eventually he convinced me and pushed me onto a wave. I was like, ‘no, that’s not surfing’. I didn’t want to get back on.”

I surf pretty big waves in competition, but as long as the water is deep enough, I’m not too scared. There’s so much support in my classification; you know someone is going to be there for you.
– Sam Bloom

Almost five years later, a random act of kindness from a stranger with a famous son changed her mind.
“I got a beautiful letter from Nola Wilson [Red Bull surfer Julian Wilson’s mum],” she says. “I didn’t know her, but she said she knew how much surfing meant to me so I should get back out on the board. So I did.”

Especially earlier on, Sam’s battle against physical pain was unbearable, which dragged her into a dark, dark place mentally. “Nothing hurt me as much as when the doctor said I would never walk again,” she says. “I never wanted to be a spectator – that’s not who I am. I was so depressed for the first year. Everything seemed impossible. I missed playing with the boys, I missed me.”

Sam carves it up at her home break of Bilgola. © CAMERON BLOOM

Sam admits she was almost ready to give up, her confidence levels at “absolutely zero”, until her young son brought home an unlikely surprise one day: an injured baby magpie. The family called her ‘Penguin’.
“I think she actually gave me back my confidence,” Sam says of their new houseguest. “Before that, I thought I was the worst mum, the worst wife, the worst friend – everything. When we found Penguin, I realised that I actually could look after something, and I wasn’t as useless as thought I was. She did give me hope in that way – as odd as it is. Penguin’s recovery gave me a sense of purpose.”

Getting “back on the board” is Sam’s pathologically humble way of saying that she has won two World Para Surfing Championships (2018/20), after first making the Australian Adaptive Surf Team in 2018. She competes in the ‘prone-assist’ category, itself a precise illustration of the teamwork required in her sport.
“Cam gets me out the back and pushes me onto the wave. A friend is hanging by the shore, ready to grab me and take me out again. It’s annoying, because I can sort of paddle if it’s flat, but I just can’t arch my back and get my chest up enough [to get onto the wave].”

The self-described “five-foot-nothing, complete shrimp” rides a 5’2” Luke Short Designs shortboard with a handle up front and two ‘fins’ on top to keep her legs on. To turn, Sam “grabs a rail” and shifts her weight.
“I don’t like getting hammered by waves because, when you fall off, all you have is your arms,” she says. “I surf pretty big waves in competition, but as long as the water is deep enough, I’m not too scared. There’s so much support in my classification; you know someone is going to be there for you.”

Sam keeps in touch with her community of fellow-competitors on Instagram and Facebook because “we’re scattered everywhere” and rides with a couple of adaptive-surfer mates locally. It’s tricky to stay connected to such a nebulous collective with inherent physical restrictions, but a robust community is key to attracting the next wave of adapters.

I get a bit grumpy still because obviously it’s not the same as it used to be, but when the surf’s awesome, when you’re out there with friends, it’s like the old days.- Sam Bloom

“Find a friend who can help you get out in the water,” says Sam. “Start in really small surf, to get a feel for it. We have Sargood on Collaroy Beach; like a fancy hotel for people with spinal-cord injuries. Many people give adaptive surfing a go there.”

Sam is eyeing a third world title to add to her two Australian paracanoe championships, but a blinged-out trophy cabinet isn’t why she’s out there.

Sam surfs with her son, Noah, at Bilgola. © CAMERON BLOOM

“Surfing is just so good for your head,” she says. “I get a bit grumpy still because obviously it’s not the same as it used to be, but when the surf’s awesome, when you’re out there with friends, it’s like the old days. The competition vibe is the best. Obviously, there are different injuries, but everyone is so stoked to be in the water together that it makes me feel ‘normal’, like my old self again.”

Sam is “painfully astonished” that there is no cure for injuries like hers in the 21st Century, but pragmatically channels her ‘grumpiness’ well. She is an ambassador for Wings for Life, a spinal cord research charity that aims to help find solutions for the millions of people around the world (and future generations) affected by such injuries.

“It’s really weird having a film about your life but it’s kind of cool,” she says. “When Naomi had to get dressed on camera, I’d be saying, ‘nah, nah, you’ve got to slow it down to make it look kind of real’. She was good at being angry and crying a lot. I was like, yes, actually that’s right!”