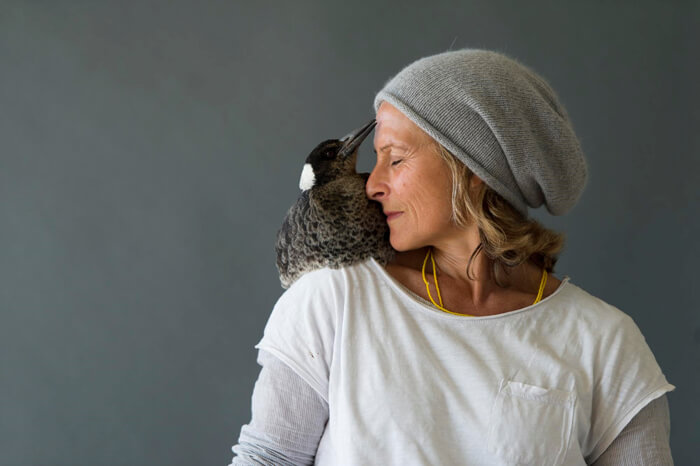 After a two storey fall almost took her life and claimed her ability to walk, Sam Bloom tells us how physical activity and a magpie chick helped her regain her sense of self.

Nominated in the category: StrongBeing, Sam Bloom is the living embodiment of all the Blackmores Mercie Whellan Women+Wellbeing Awards stands for –an everyday woman who has shown courage and determination, having survived and prospered through adversity.

“I was always a bit of a tomboy, into skateboarding, bike riding, surfing – anything active really. When my boys came along, I really ramped things up, hitting the gym, mountain biking and soccer training. Physical activity has always been important for my wellbeing – it perks me up mentally as well as keeps me fit, and it’s fun!”

Then in 2013, while holidaying in Thailand with her husband and three sons, Sam leaned against the safety barrier that ran along the hotel’s second floor observation deck. The rotten barrier, which was later found to be criminally neglected, fell out from the deck and she went with it, landing on the tiled floor twenty feet below.

Sam suffered skull fractures in several places, and bleeding and bruising on her brain. She also ruptured both lungs, and bit through her tongue. Fractures to her spinal column at the T6 and T7 vertebrae, meant she was no longer able to walk and has no core strength.

“Despite the devastating physical nature of my injuries, the battle going on inside my head was the hardest to overcome,” she says.

After seven months of recovery and rehab, Sam returned home. But having lost her sense of independence, having watched her husband turn into her carer, and a single parent while she was away, Sam says she no longer felt like herself, and fell into a dark place, sleeping as much as possible.

Physical activity and an injured magpie chick helped her heal

Sam partially credits her recovery to two key things, one being a little magpie chick, who Sam’s boys named Penguin, who had fallen from a tree at her mum’s house and was badly injured.

There were no rescues that could take her in, so the family decided to nurse her back to health. Because Penguin needed constant care and feeding around the clock, Sam started feeling useful and inspired again.

“Watching Penguin heal and grow stronger each day motivated me to invest more energy in my own recovery on a daily basis,” Sam says. 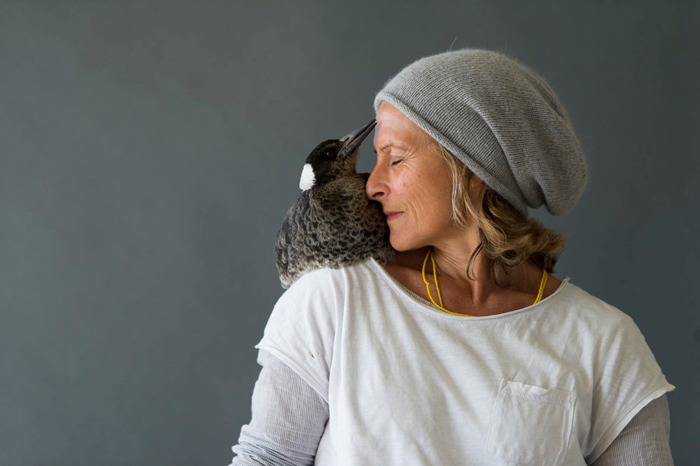 Physical activity was another big factor is her recovery.

Having complained during rehab that she’d never be able to do any of the things she used to love doing, like surfing, mountain biking and playing soccer, Sam suggested to the sports recreational officer maybe she could try kayaking.

“Within two weeks of coming home from rehab, I was on the water. Saturday mornings became the highlight of my week. Suddenly, I was surrounded by nature and free from my personal prison.

When I was on the water I was pain free, the burning sensations in my body were gone – and I don’t completely understand why, but that continues to be the case today. I’m sure being physically active is a big part of it.”

One morning when Sam was out kayaking, a coach approached her about training for the Australian para-canoe team, which Sam happily took up.

By the time Penguin was ready to fly solo, Sam had won two national kayaking titles, and was off to Italy for the world championships as a member of the Australian para-canoe team. And more importantly, she had become reconnected to herself, her life and the people in it.

Sam says she grew up surrounded by people that told her she can do anything, so she’s always assumed if she wants to achieve something, then she could.

Her next challenge is getting back into surfing.

Sam, her husband Cameron and writer Bradley Trevor Greive have turned her story into a book, Penguin Bloom, the Odd Little Bird Who Saved a Family, which has been optioned for a film by Reese Witherspoon, starring Naomi Watts.